Play in New Window Download
You are here: Home / All episodes / Ep. 41: Tim Stanley – What Does Russia Want? 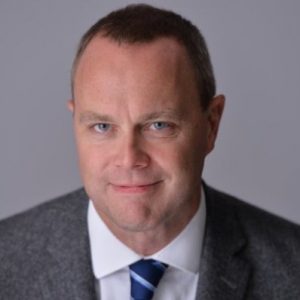 This week’s episode not only demonstrates the importance of context and nuance, but also of going beneath the various layers to develop a better understanding of a topic. In this case, we will be exploring a place that is being talked about quite frequently: Russia.

I grew up during the Cold War, when Russia was the enemy. It would appear that this is a country on the path to being the enemy once again. While I am no fan of the current US administration, I think there is a problem with the potential vilification of a country. In thinking about all this, the question I arrived at is “what does Russia want?”

I am no expert on Russia. However, I am very fortunate that my guest today is, and is very well placed to answer this question. Meet Tim Stanley. Tim is a Brit based in Moscow and is Senior Partner for Russia/CIS at Control Risks, an independent global risk consultancy. Tim has been living and working in Russia for the past ten years helping clients manage the various risks associated with working in the country.

However, Tim’s interest in Russia goes beyond this. This is Tim’s second stint in the country. His first started back in 1991 when he arrived as a student shortly after the August putsch. The country was in a state of incredible transition and Tim was similarly present during Gorbachev’s dissolution of the USSR later that year. Tim return in 2007 after living in the USA for several years.

To truly understand a country as a foreigner I believe that one needs to live there for an extended period of time, speak the language, and understand the culture. Tim possesses all of these qualifications and is in a position to provide a level of understanding of Russia that you will find very difficult to obtain elsewhere.

On the show, Tim shares:

Tim is very knowledgeable and is a great guy. I am very grateful for his appearance on All Things Risk and I am sure that after listening, you will  be too.