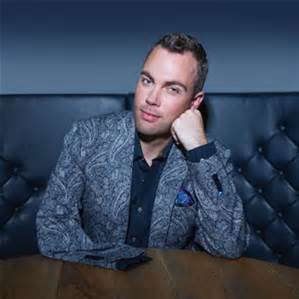 Probabilistically speaking, if you were born without your right hand, what are the odds that you would become a world-class concert pianist? You might be mistaken (and forgiven) for assuming that the chances would be relatively low. However, that’s perhaps because you have not heard of my guest on this week’s episode.

Meet Nicholas McCarthy. Nicholas is a world-class concert pianist who has played all over the globe. He was born without his right hand. He was the first left-hand only graduate of the prestigious Royal College of Music in London. He has played alongside Coldplay at the opening ceremony for the 2012 Paralympic games, has a wonderful solo album, was a guest presenter at the BBC Proms, is a radio host and will soon launch his own podcast called “Of Note”. He has also appeared on several prominent podcasts, including the Tim Ferris Show.

Nicholas is hugely inspirational. In addition to this however (and as usual as this show’s USP), I apply a risk lens to Nicholas’ story and it provides some wonderful insights into the question: “how can you turn the odds of something you want to achieve to your favour?” We cover loads of great stuff in this incredible conversation:

I am delighted to bring this conversation to you and I hope you check out Nicholas’ work.

Nicholas playing Nocturne by Alexander Sciarbin (the piece this episode opens with) – https://www.youtube.com/watch?v=GwNxn-iFRuI

Twitter Account for “Of Note” Nicholas’ podcast (to be launched at the time this episode went live) – https://twitter.com/OfNotePodcast