Play in New Window Download
You are here: Home / All episodes / Ep. 36: Ford Fischer – On Transhumanism 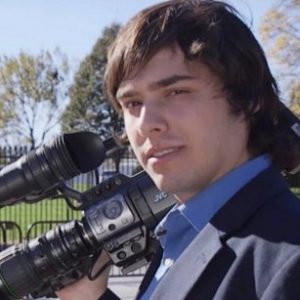 What happens when the world of science fiction meets science fact, particularly human meeting machine? We are getting ever closer to such a world. This raises all kinds of interesting questions around the risks new technologies like genetic engineering pose, ethical and political issues, and even questions around what it means to be human. In fact, there is an entire movement dedicated to advancing the human condition through technology. It’s called transhumanism, and we are going to hear more and more about it over the coming years. This week we take a look at this fascinating movement.

My guest this week is videographer and editor Ford Fischer. He is also the co-founder of an independent media site called www.news2share.com. Ford is embarking on a project to understand this movement from an independent, grass-roots perspective via a documentary called “Transhuman”.  You can find out more and support his indiegogo campaign here – http://news2share.com/start/2016/11/28/news2share-to-produce-transhuman-a-documentary/

We have an enthralling conversation that covers, among other things: